Inspired by this surprising photo of adorable bobcat cubs, captured on a Kiawah Island home security camera, I felt compelled to explore the Big Cat fabric trend in interior fabrics.

Humans have been covering their bodies and floors with animal fur since we began walking upright.   Around the 18th Century, fabrics with patterns and colors emulating animal fur were made fashionable in home furnishings.

Touted as the worlds first interior decorator, Elsie De Wolfe crafted trend setting rooms during her entire career.  In the sunroom of the Villa Trianon, her French country house near Versailles, she opted for a double dose of leopard print applying the pattern on both the loveseat and the rug.

21st Century interior designers, continue to use the classic leopard spot in their room schemes.  Designer Tobi Fairly, covered the Elle Chair from her CR Laine furniture line in the iconic fabric.

A John Richard bench upholstered in a leopard print.

If it’s color you prefer, cat fabrics need not be neutral or natural, as this Robert Allen velvet in lacquer red proves.

While leopard fabrics dominate the market, majestic tiger stripes have their appeal in home decor.

Don’t forget that dogs like big cat prints too!

Mr. H says: Cats follow the principle that it never hurts to ask for what you want-Enjoy!

As temperatures soar in the Charleston area we are looking for ways to both celebrate and avoid summer’s heat.

Designer Elizabeth Lamont crafted this living space for Curated Kravet.  Reminiscent of the California coastline, it is calm, cool and collected with neutrals and soft blues that create a peaceful oasis.

Robert Allen Fabrics newest collection: Madcap Cottage “Into the Garden” is a sophisticated yet carefree take on patterns we all have tucked into our collected summer memories.

Crisp blue and white from Thibaut’s Calypso Sunbrella Collection would be refreshing after a hot day on the beach.

The Pavilion Collection from Duralee feature brights like lime and turquoise that hit the right notes for an alfresco summer party.

Mr. H says: The tans will fade but the memories will linger forever-Enjoy!

Developed in the 1600s as a means of protecting those sitting fireside of drafts or flying embers, the English born wing chair remains a beloved chair style and is a stylish addition to any interior.

During the late 17th Century, demand for an extra level of comfort in seating pieces led to the upholstering of the wood frames.  By the 19th Century, chairs were generously padded, mostly with a very firm horsehair stuffing, and upholstered in luxurious velvet or damask fabrics.

The familiar, Queen Anne style wing back, with its rounded and scrolled lines, crossed the Atlantic to the American Colonies and remains the major influence in traditional wing chair design today.

Antique and vintage wing chairs have an enjoyed a resurgence of sorts thanks to companies like Chairloom’s who repurpose old chairs into a fresh work of art.

If your aesthetic leans more modern, many manufactures craft their own contemporary spin on the classic wing chairs lines.   Swaim Narly Wing Chair

Mr. H says: A house without at least one comfy chair is soulless-Enjoy!

Like earrings on a woman in a beautiful dress, trimmings or Passamentrie is the must have finishing touch to custom items like pillows and drapery.

Founded in 1928, French house Houles, specializes in creating elegant trimmings collections and is an international leader in innovative designs.

Another leader in the industry, Robert Allen Design offers an array of beautifully crafted and luxurious articles in various scales and in any color imaginable.

Over the years, Kravet has partnered with some of the design industry’s most influential tastemakers to create collections that reflect their personal style.  Their trimmings collections include famed interior designers, lifestyle and fashion brands, and inspired historic places.

Not all trim need be tassels and silk.  Duralee offers a casual cotton collection in vibrant colors.

Mr. H says: Luxury must be comfortable, otherwise it is not luxury-Enjoy!

Ikat, the ancient, universal weaving style found in many cultures, is the hot interior design trend that has dominated the Spring lines this year.  Pronounced ‘ee-kaht’ it is likely the world’s oldest form of textile decorations and has recently been embraced by all the major fabric houses as a major design theme.

A stylish Ikat interpretation by Thom Filicia for Kravet Fabric

Mr. H says: When the fabric of the universe becomes unknown, it is our duty to create weavers-Enjoy!

The Fall 2012 fabrics selections are on our shelves and color is the recurring theme in all the major collections.

Kravet teamed up with the ever optimistic designer Jonathan Adler to create a brightly colored collection of modern fabrics.

The Studio-Paris collection is effortlessly stylish with contemporary chenille patterns in lemon, fuchsia, lilac and orange mixed with neutrals

Developed for a retro feel, Studio-New York fabrics are saturated in deep shades of teal, magenta, plum and chocolate.

Of course, Mr. H is wild for this new look from Clarke & Clarke: cozy chenille labs!

Mr H. says: Fiction and invention are the fabric of life-Enjoy!

Take one look at the new collections from some of the most famous fabric houses and you’ll know that the dark days are indeed over.  Super bright, playful and contemporary designs prevail in interior design trends.

Mr. H says: With every dark night there is a brighter day-Enjoy!

I was excited to get these photos from my friend and client on her recent living room installation that we assisted with.  Not professional photographs but some nice snaps of our finished work.

We chose the Masland carpet as a bound area rug for its budget friendliness.

Lamps were selected from Uttermost www.uttermost.com and the occasional pieces are from Stanley Furniture www.stanleyfurniture.com We particularly loved the name of this table from the City Club collection-Five O’clock Oval Cocktail Table.  Happy Hour anyone? 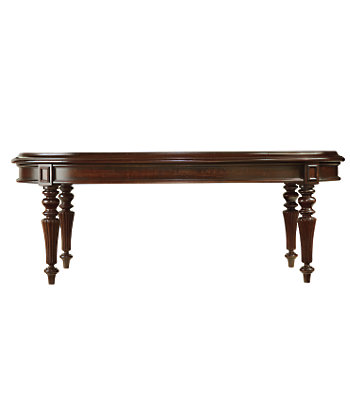 We embrace all our out-of-town projects and are thrilled when the clients want us involved.  Great design can happen all over the country!

Mr. H says: The combination of a client with definite ideas of living and a good designer make for the best projects-Enjoy!

The general consensus on Facebook last week indicated that many do not enjoy floral fabrics in their home.  It’s too bad since there are so many divine florals out there-and I am not talking about grandma’s chintz.  I’m talking about up to the minute in style beauties that make me smile.

Check out these fresh looks from Duralee (www.duralee.com) in the Thomas Paul collection:

Or something a little more abstract

These new offerings Kravet (www.kravet.com) by Thom Filicia (you know him from The Queer Eye for the Straight Guy show) are certainly nothing grandma would have ever had!

Thibaut (www.thibautdesign.com) has been designing some of the best floral fabrics since 1886.  They definitely have led the way in modernizing the humble floral motif!

Mr. H says: You should have nothing in your home that you do not consider useful or think to be beautiful-Enjoy!